Low cholesterol and serious complications after an ischemic stroke

This post includes a synopsis of a study published in Cerebrovascular Diseases 2011 Aug 23;32(3):234-238 and a recipe for arrabiata with ground beef.

ischemic stroke and may result in neurologic worsening that may be sudden or progressive (depressed level of consciousness, sluggish pupilary response, headache, vomiting)
The study evaluated the relationship between cholesterol levels and hemorrhagic transformation in 240 patients with ischemic stroke.

To conclude: The results of the study confirm that lower total cholesterol and lower low-density lipoprotein cholesterol levels are associated with an increased risk of hemorrhagic transformation.

More information on this subject: Books 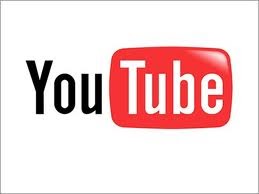 Recipe of the day

Directions:
1.Chop the stalk off the chilli and discard and then halve the chilli down its length and deseed the flesh. Chop the red flesh into rough pieces, about 10mm wide. This is the moment to decide how hot you want your arrabiata. If you want it reasonably mild then discard the seeds and just retain the red flesh. If you are after a true arrabiata then retain at least half the chilli seeds.

2.Heat some oil in a wok or large pan with the chilli seeds (if you are keeping any). When the oil is hot add the onion.

3.Once the onion is starting to go soft, add the pepper and courgette for a few minutes until they are softening and starting to brown.

4.Once the vegetables are looking soft add the mince and keep this moving in the pan, breaking it up, until the mince is thoroughly browned.

5.Reduce the heat and stir in the parsley (I roughly chop this with scissors straight into the pan) and tins of tomatoes, adding in half a tin of water from rinsing the tins out.

6.Simmer over a medium heat for 10-20 minutes until the sauce is completely reduced, stirring occasionally to prevent it burning on the bottom of the pan. How long it takes to reduce will depend on how watery the tinned tomatoes are (I find that economy brands are much thinner and take longer to reduce well, even benefitting from an extra tin of tomatoes if I’m bothered, whereas better quality tinned tomatoes can reduce almost instantly and actually need a little extra water to ensure enough time has been allowed to infuse the flavours properly through the whole dish.